My Role: I was involved in concept, material research, prototyping, production

Created within: 2 weeks as part of the soft architecture course, BA Interaction Design at ZHDK in 2015

In this project, we had the opportunity to explore the application of smart materials and their ability to transform space into responsive, adaptive products and environments.

The outcome is an interactive installation showcasing possible applications of soft actuators in an architectural context.

Concept-/Researchvideo, Explanation of how soft actuators work and our initial idea

During a soft architectures course at my Interaction Design studies at ZHdK, we got introduced to PneuNets. PneuNets (pneumatic networks) are soft actuator with a series of channels and chambers inside a silicon cast forms. When pressurized, these channels inflate and create motion.

By modifying the chamber and form of those moulds, different motions occur. PneuNets are primarily used in soft-robotics fields, however, for this course, we were asked to explore possible applications of soft actuators in an architectural context. 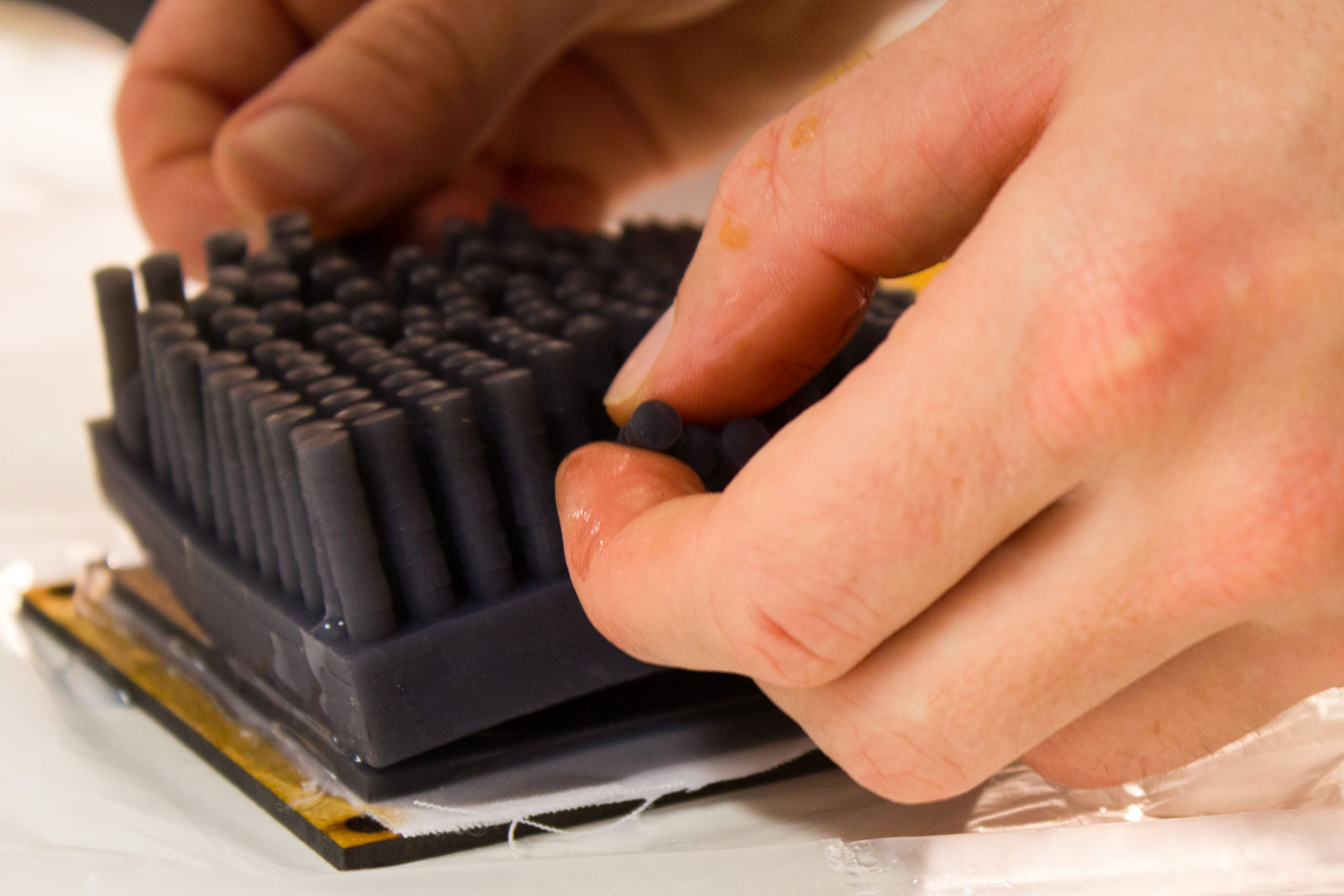 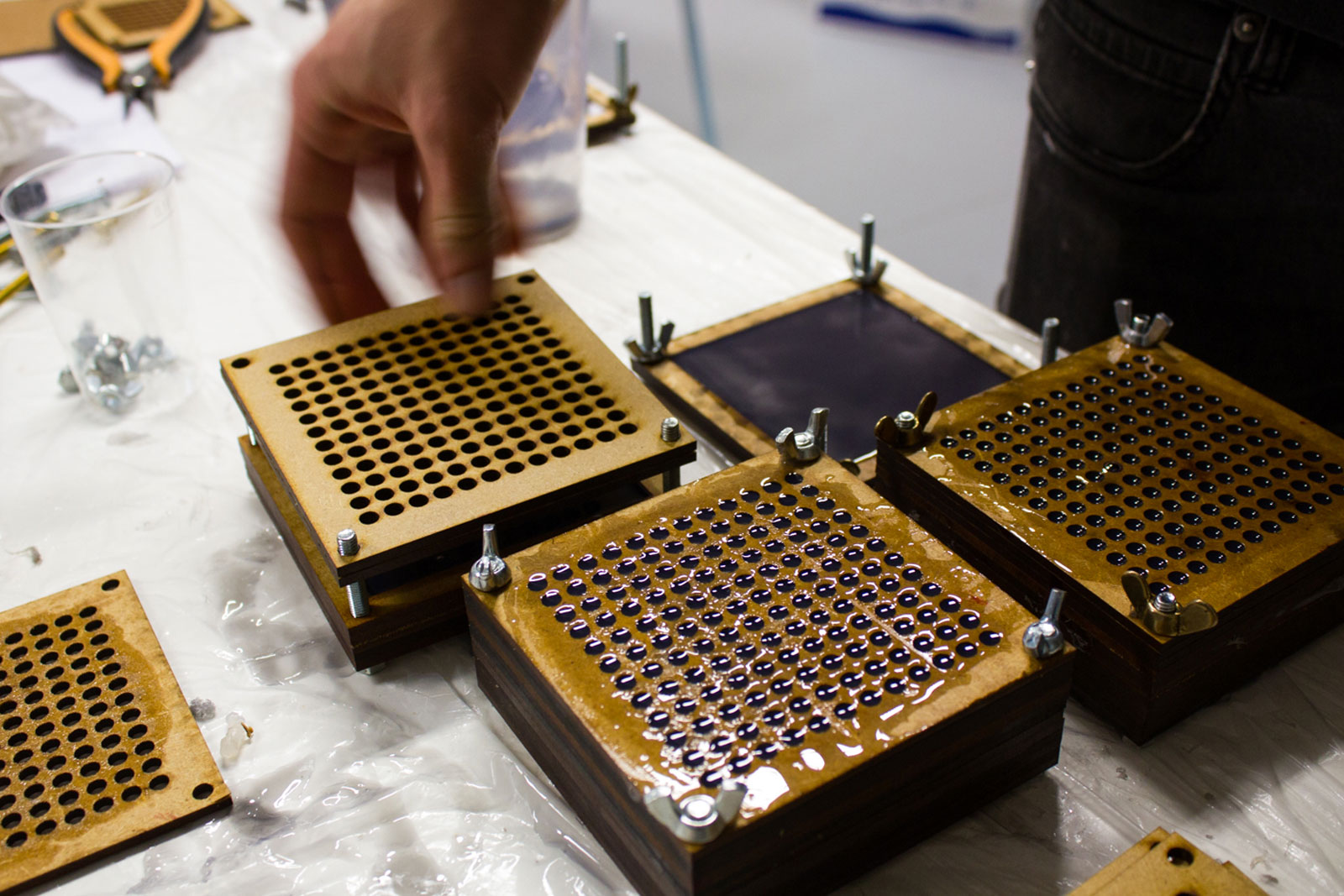 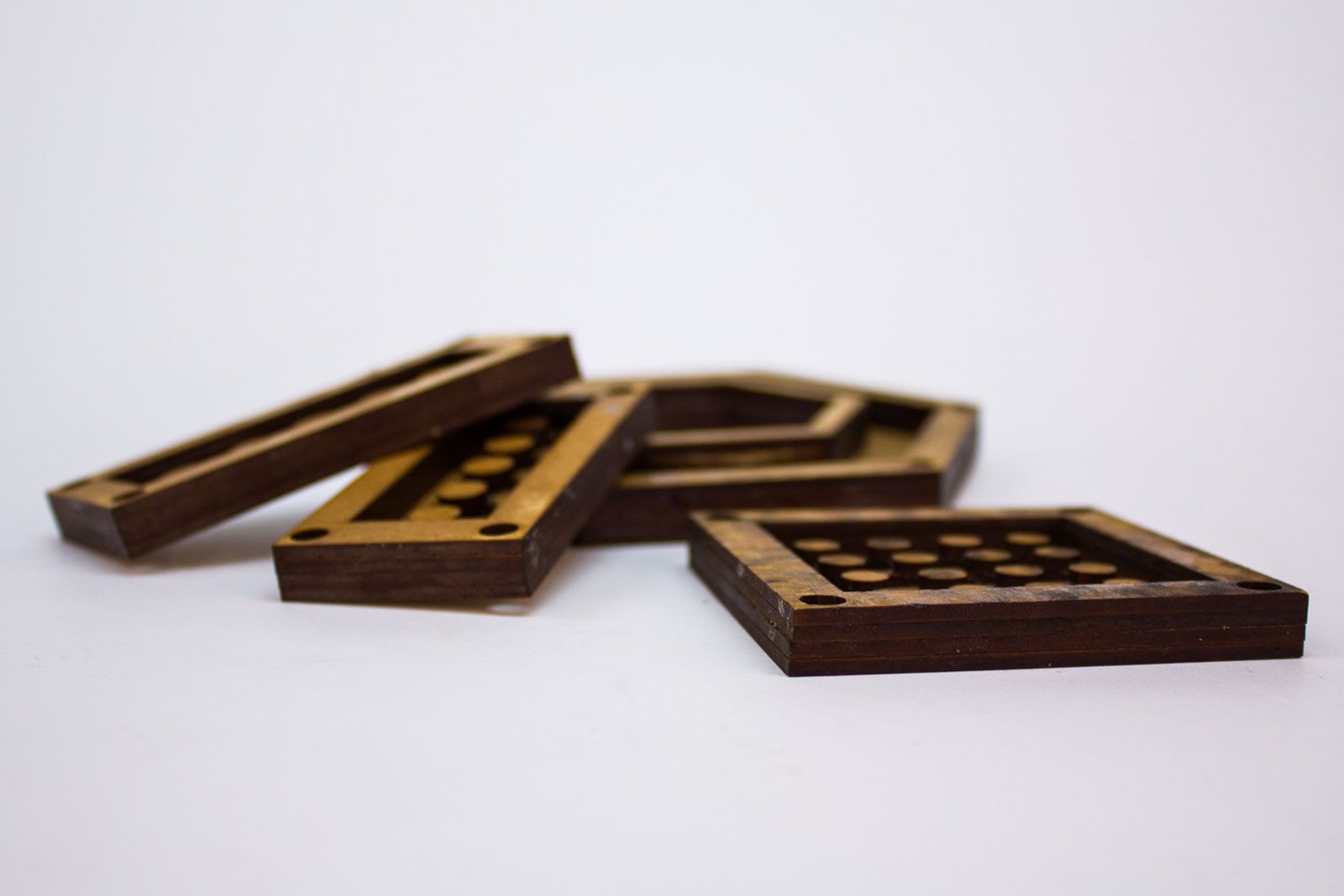 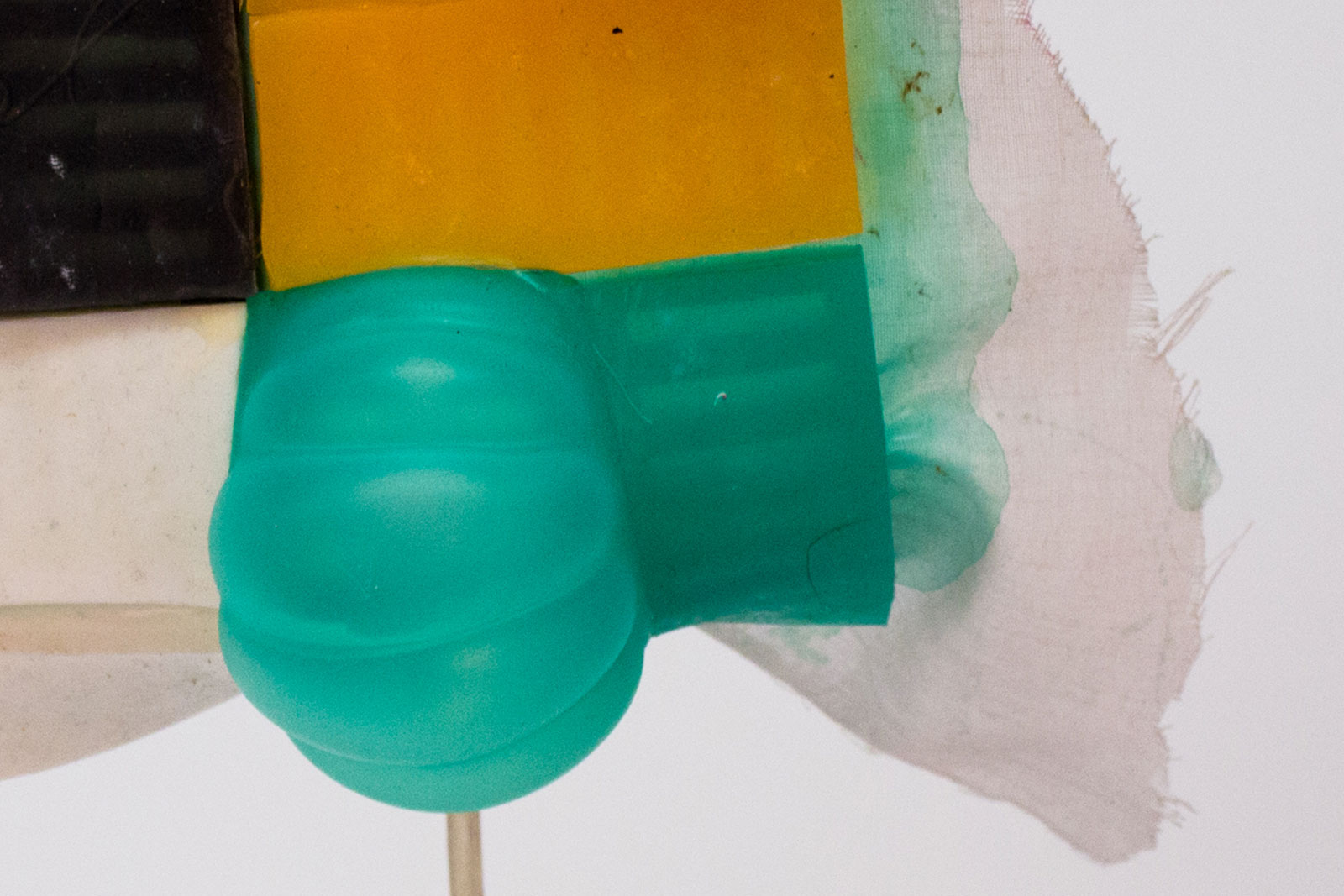 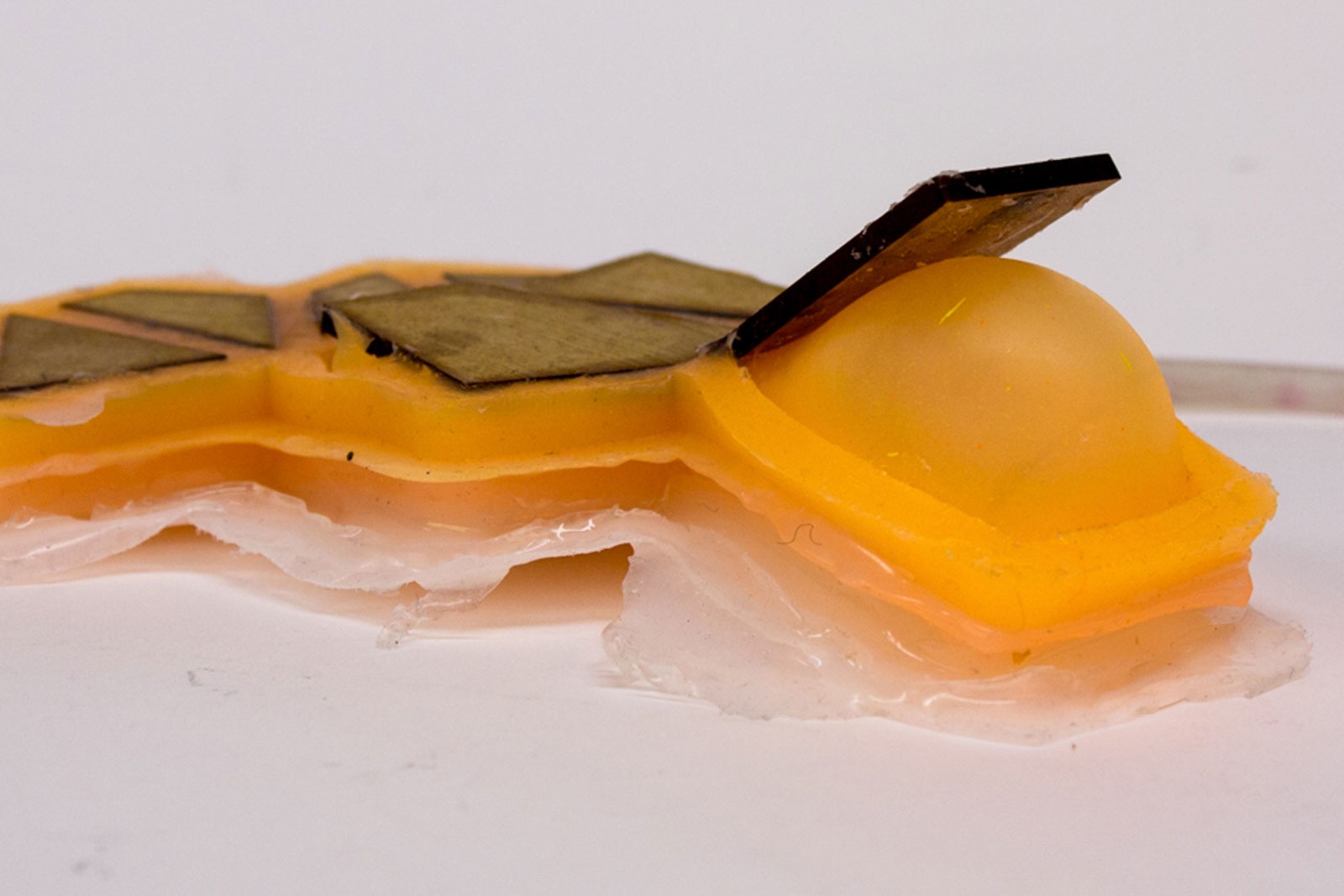 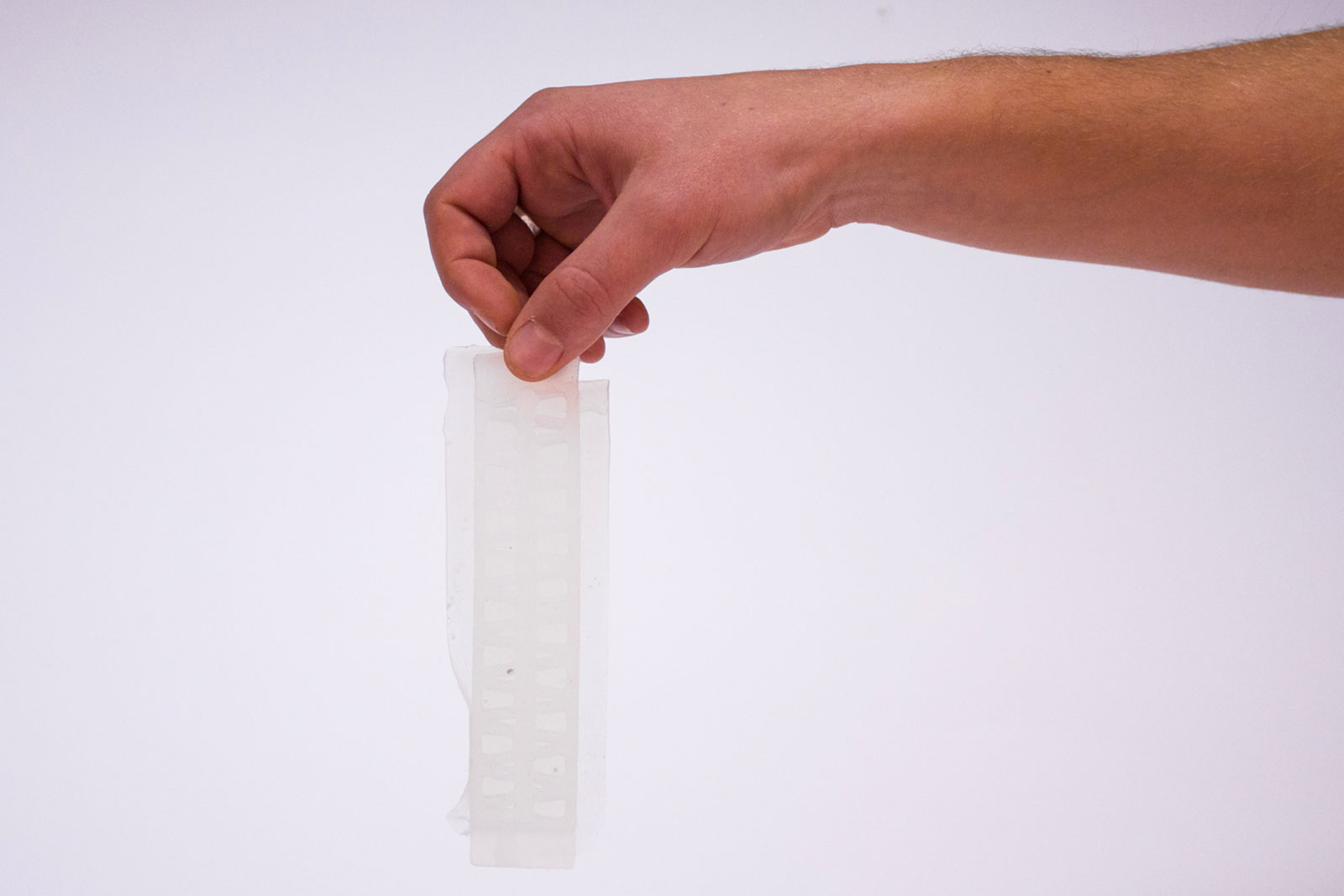 We aimed to create a surface with the ability to bend into multiple directions through inflating different pneumatic actuators.

After a first testing phase, we decided to build a surface consisting of inflatable ‘shag’-elements which invite to be touched – which results in a wobble of the whole structure. The inflating part should be controlled via input by the viewer. Either by touch- or gesture-control. Our vision was that only parts of the surface in– and deflate really slowly on viewer-input. This may have some similarity with underwater structures like corals, slightly moving in the water current. To further emphasize this similarity, we planned to use UV-light (either LEDs or UV-spots) to enlighten our ‘soft reef’. Preferably we wanted to have the light illuminate our surface from behind, regarding the exciting results from earlier prototypes in combination with light. As an option, we also had in mind to even control the light via user/viewer input.

Interaction with the wall

We also spent further time to think about the interaction between users and our installation. Because we wanted to focus on the organic movement of the installation, we were thinking about different scenarios of how someone could interact with the wall or what would happen when someone is passing by the wall. When nobody is near the wall, it would take still breath quietly and regularly.

We intended to inflate different actuators and release the air instantly via slow leaks. This generates a breathing pattern. If somebody steps in and interacts with the installation, we wanted to have our structure stop breathing at the first point. As if the structure was shy and keeping its breath while waiting to see what happens. If the user approaches and finally touches the installation, the structure may get accustomed and starts to breathe again. This time in a more controlled way, for example, only where the user is touching the structure.

Our short video describes the material qualities of silicone as well as our final shape. Especially the wiggling and the extreme flexibility paired with the very alive looking lobes increase the wish to touch the structure and play with it.

Research video, Material and affordance research with movement and light as well as haptic

We used four moulds to pour the silicone, and several people worked on them simultaneously. A difficulty remains in disassembling the molds without ripping off the silicone lobes. We produce as many elements as possible in the short remaining time.

The last task was to compile all elements to one surface. For this, we used a flexible metal fabric, cut small holes for the tubes and stuck them to the surface with silicone.

The installation is controlled by an Arduino board with an array of pumps and a self-running deflation system out of shrink tubings. Three motion sensors also detect movements of people passing by and react with inflating and deflating parts of the wall. 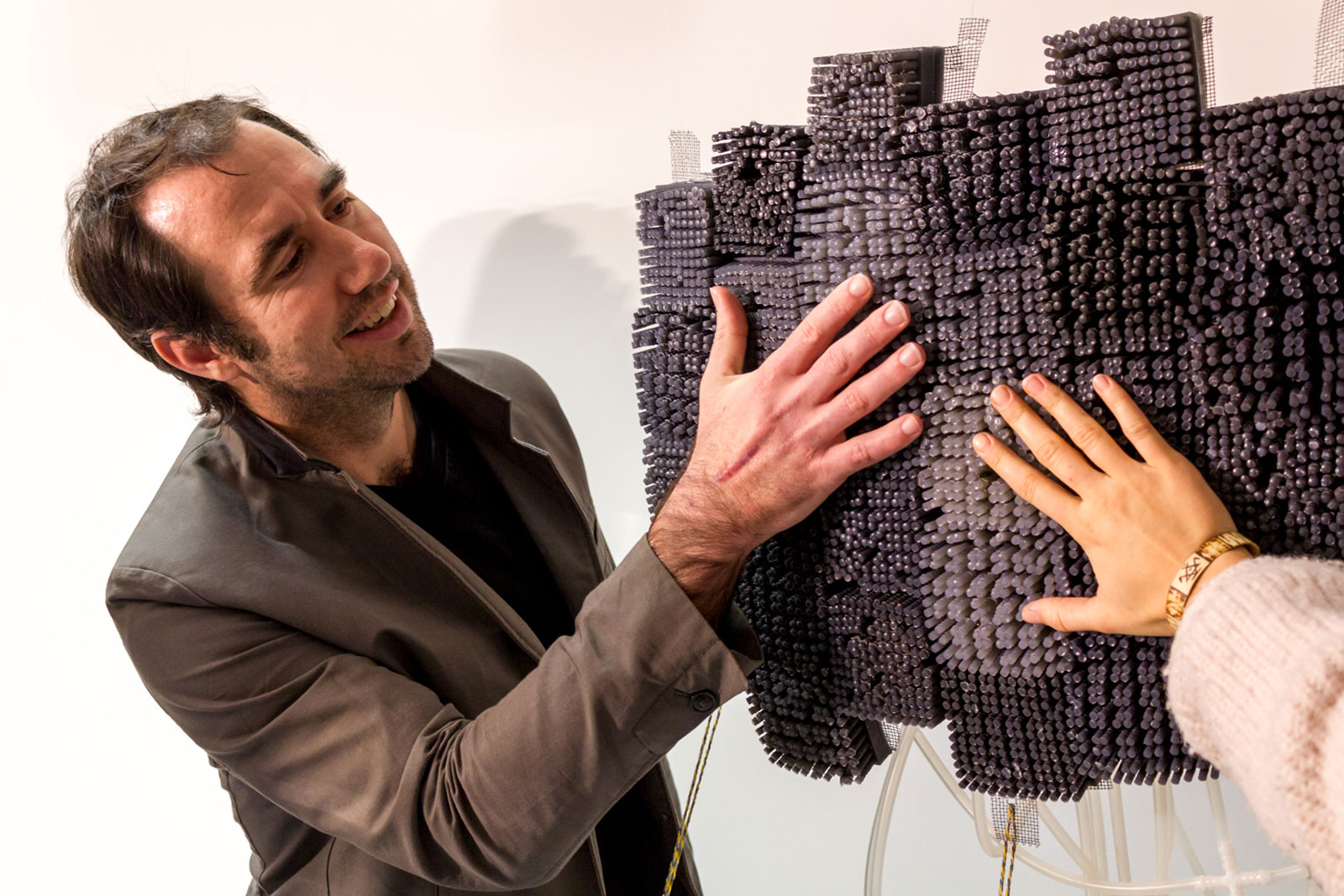 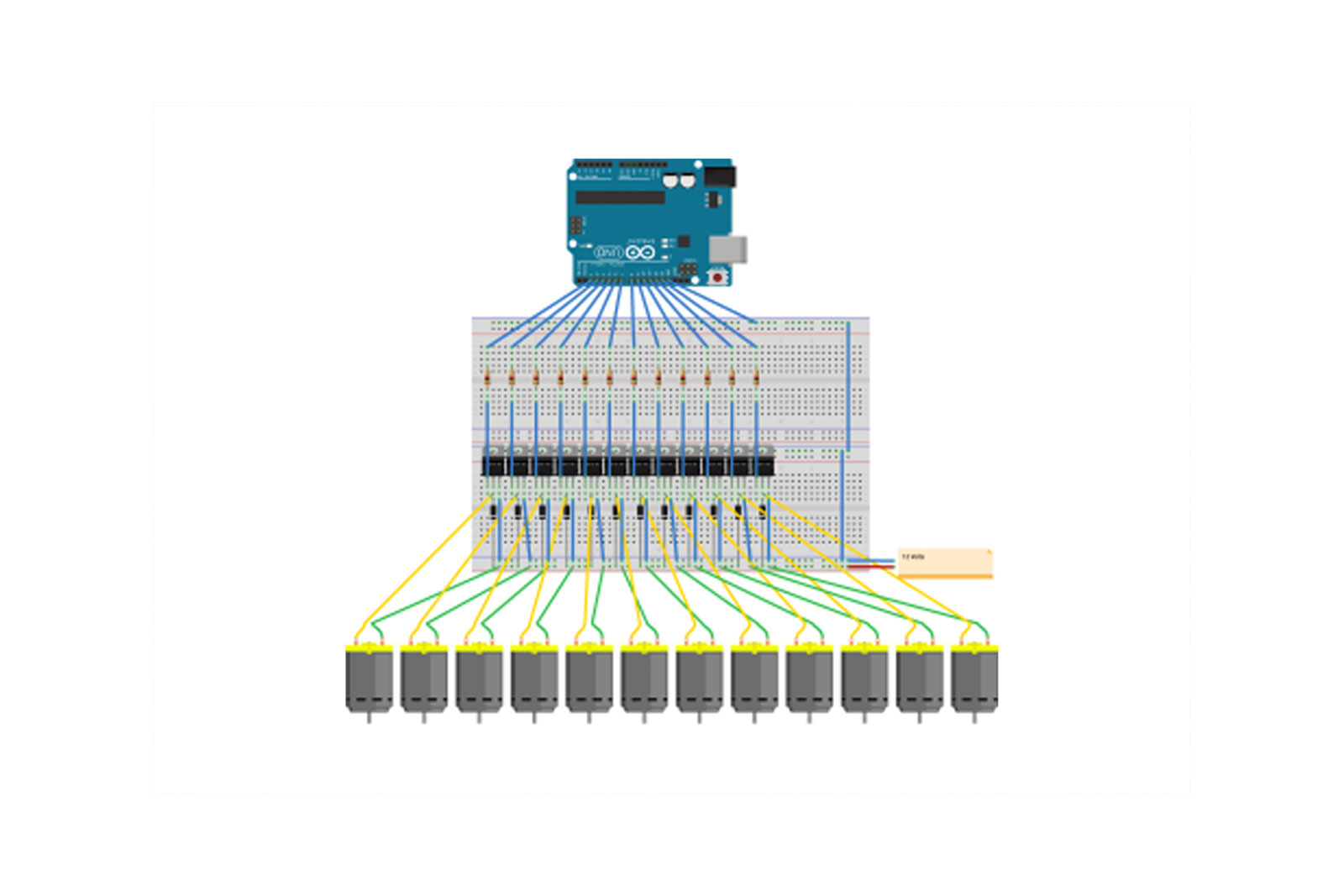 Soft actuators and PneuNets are fascinating elements to change architectural space. Especially when connected to a bigger surface.

With Animus, we had an insight into exploring different materials and the possibilities with soft actuators in an architectural context.

Possible use cases could be sending impulses as a notifier when somebody is approaching around a corner. Larger surfaces could also be modified to a relaxation space or to soften acoustics in a room. But there are still a lot of other possibilities to explore. 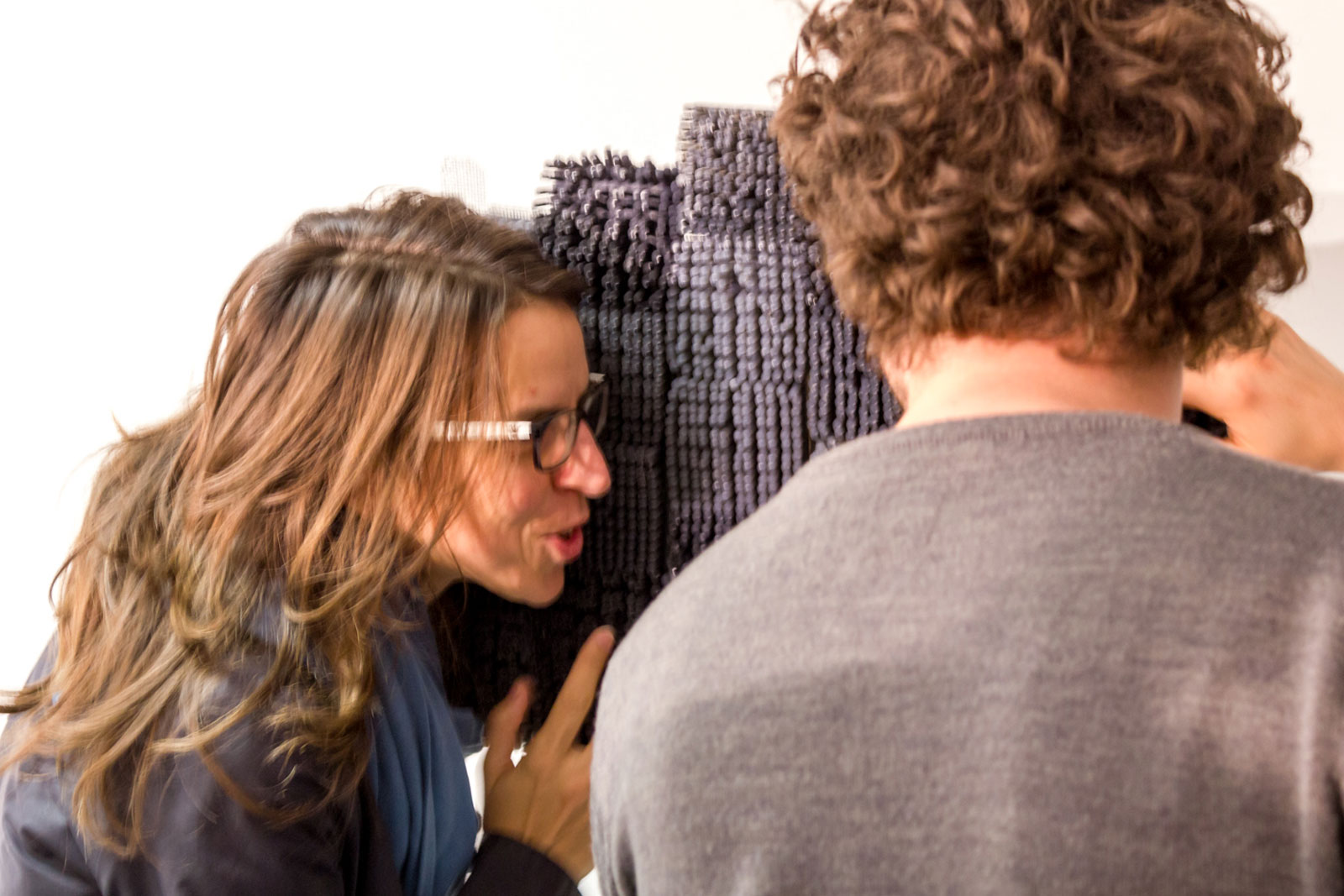 Wanna know more about this project? Just reach out !