My Role: I was involved in concept, prototyping, code & installation

BOKS is an interactive installation which researches the perception and communication between people in two staged rooms. The same-looking rooms in different sizes are the experimental area, where two or more people, can move around and communicate with each other.

BOKS displays various opportunities for communication and shifts the perception of the visitors.

Excerpts from the exhibition at Jungkunst in Winterthur (2015)

The installation consists of two same-looking rooms. One has the size of a shoebox, and the other is a two-to-four meter high replica. Through a peephole in the small box, a visitor can see a miniature-projection of another visitor in the tall box. Both rooms/boxes are situated somewhere in the exhibition. On the ceiling of the tall box, a visitor can see the other visitor who is looking through the peephole of the small box. Proportion and voices are shifted to the dimension of the surrounding. Both visitors are invited to interact, observe and communicate to each other.

With BOKS we want to display today’s digital communication from a different perspective. The visitor should experience interaction differently.

A closer look inside the small box

A small wooden box embodies the room in which the visitor in the real room is situated. A camera in the big room is broadcasting a live image into the box as a hologram. After various tests, we made use of the pepper ghost illusion trick. 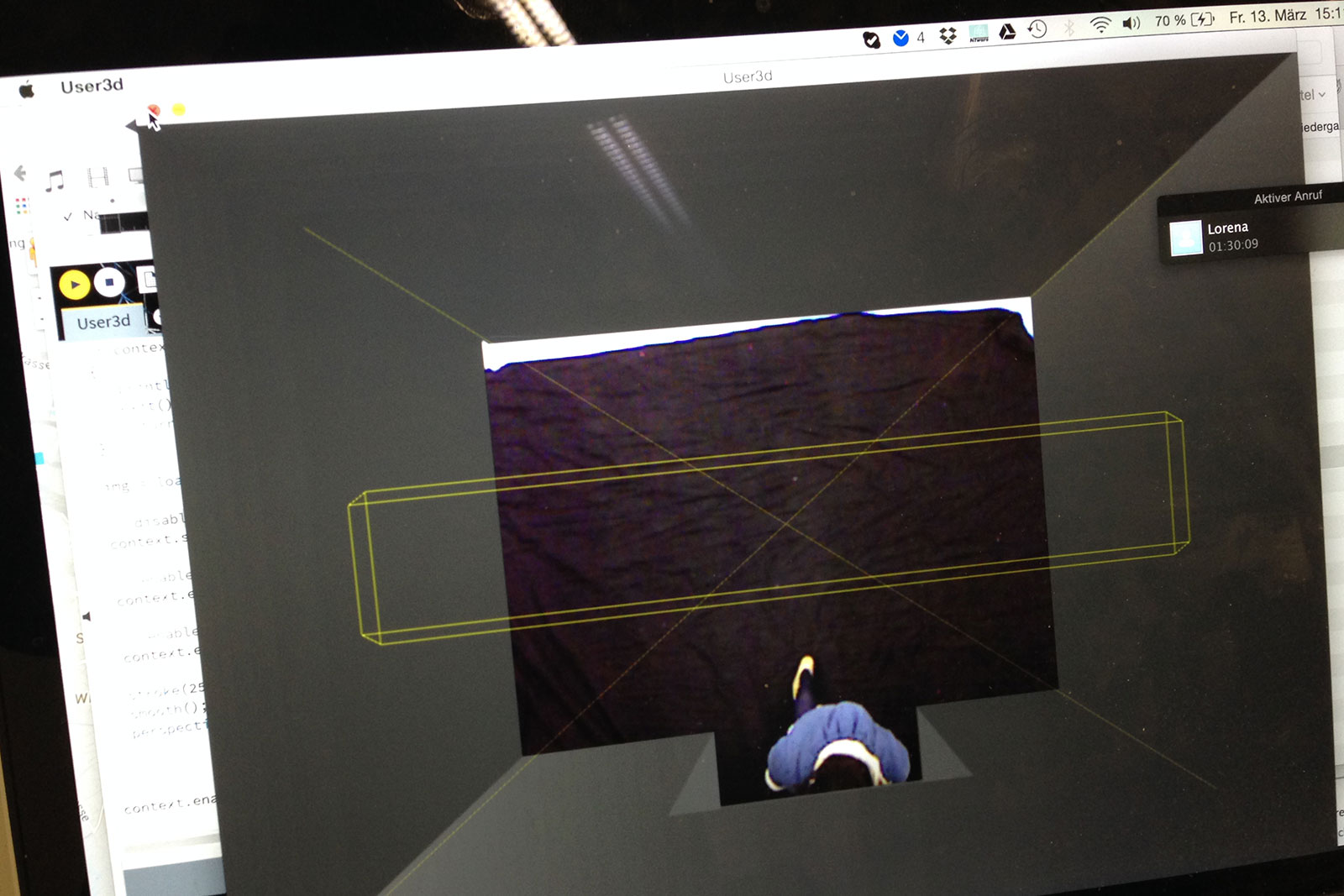 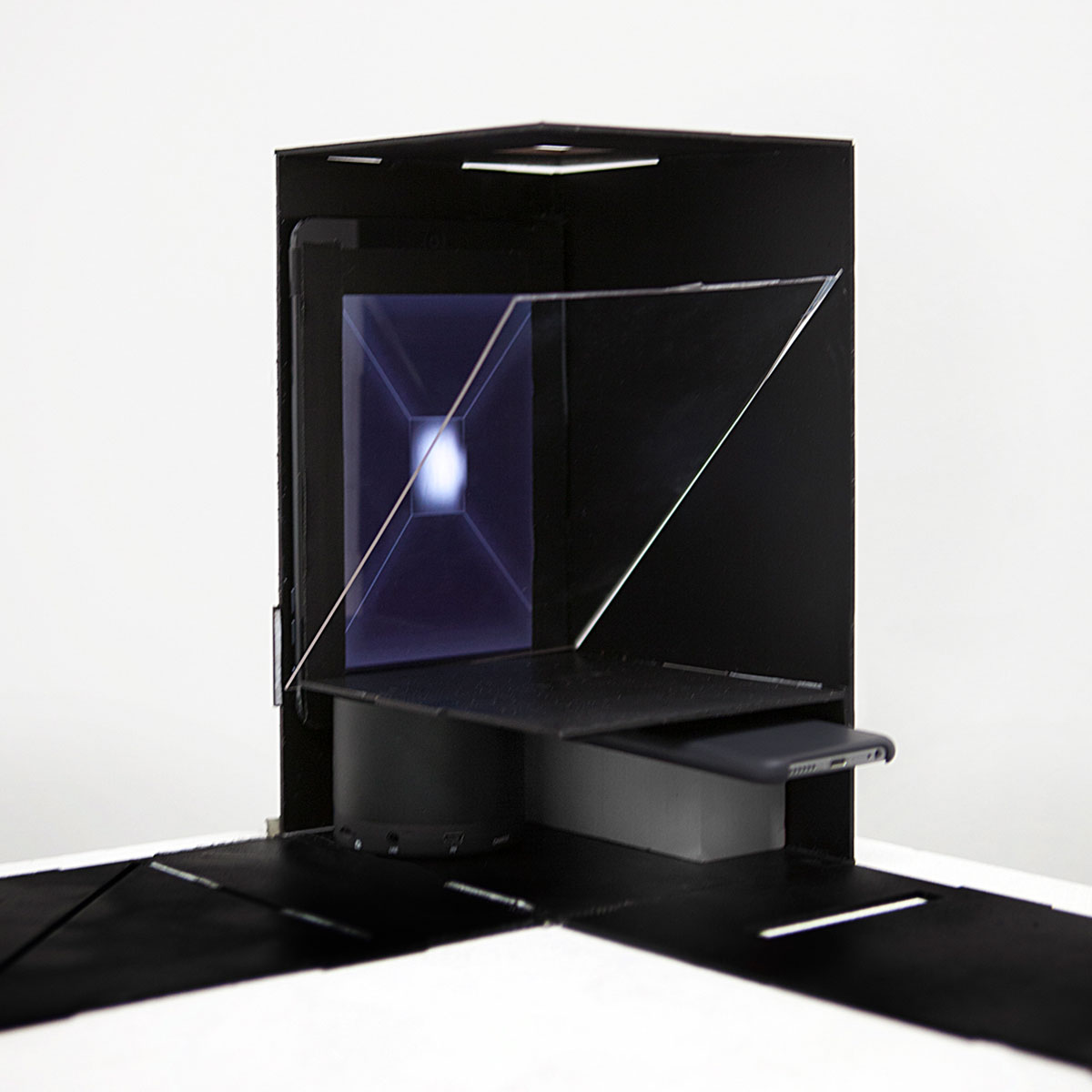 With the pepper ghost effect, it’s possible for us to capture a glimpsing eye of the visitor looking inside the small box, with a tiny camera placed at the bottom of the box. We also increase the image of the tall box with virtual walls, so the room would look even bigger and taller.

A live-image of the visitor looking inside the small box will be projected on the ceiling of the 4-meter high room. In the opposite of the little box, we attached a small camera on the roof of the tall room to capture the action happening inside the box/room. Further, the live-image and audio source is manipulated and transmitted through Max MSP in real-time. 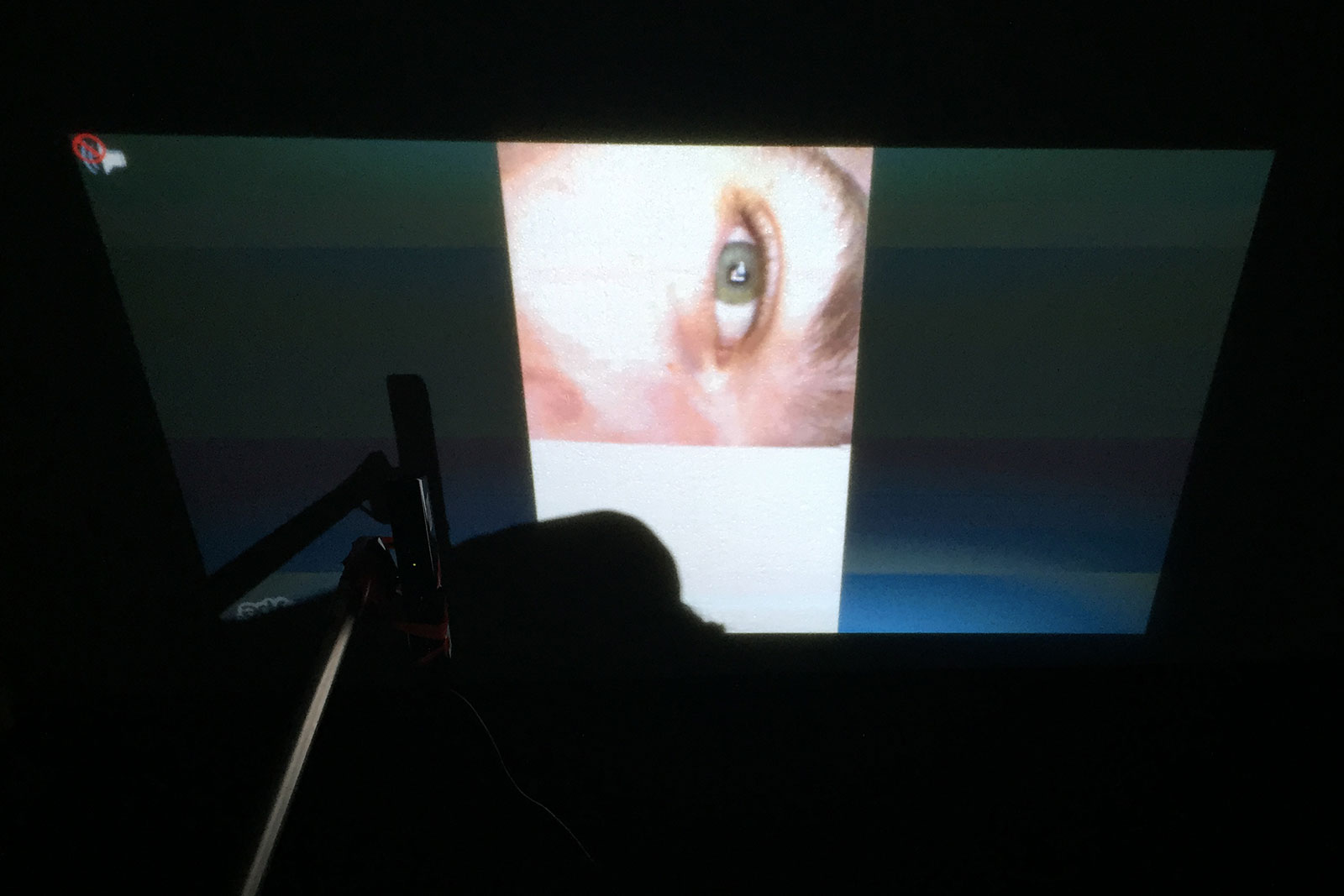 Prototyping phase, using a computer, a mobile phone and skype as an initial prototype to test different ways of communication as well as perception 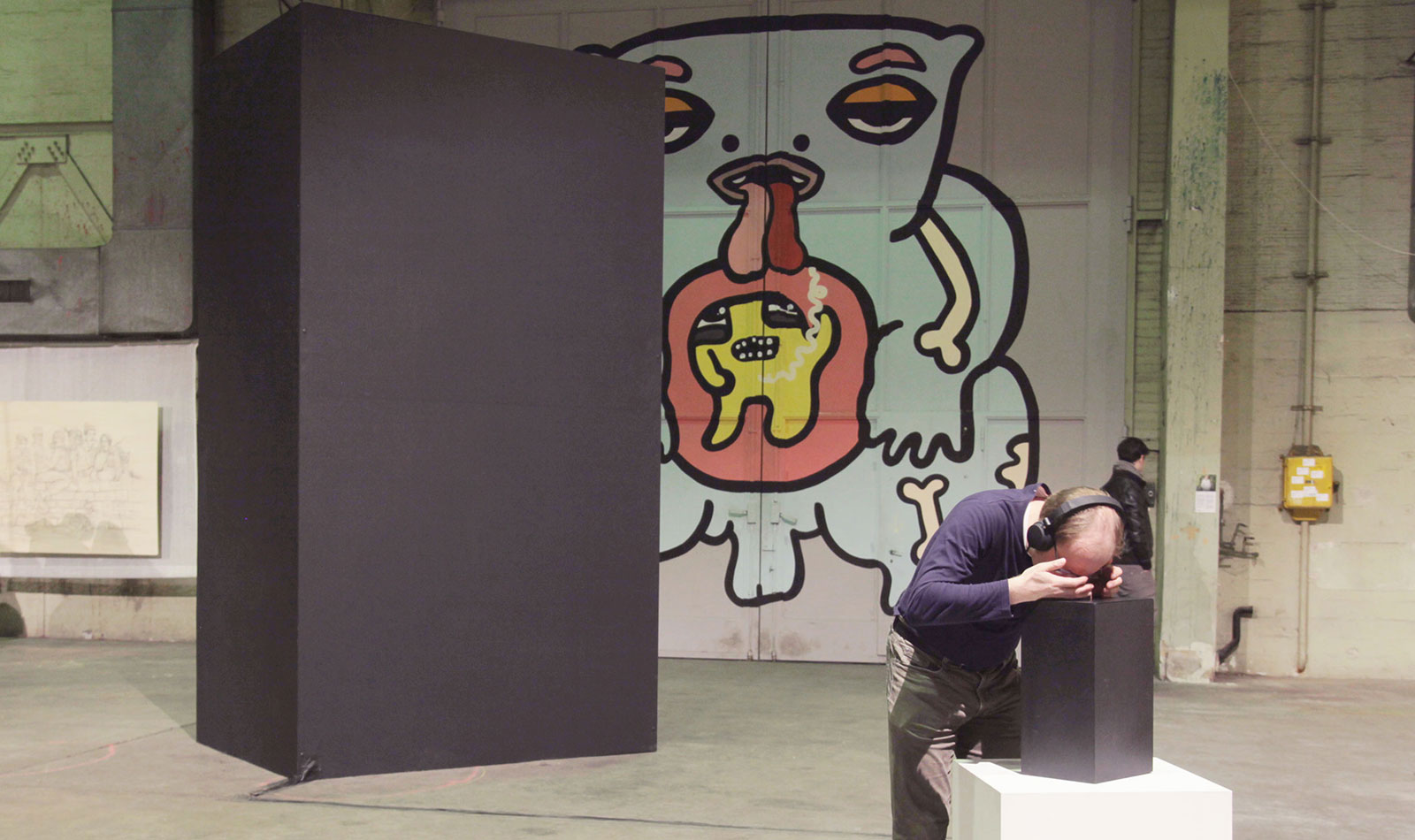